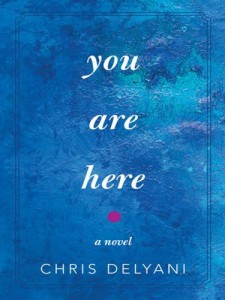 All Peter Bankston ever wanted to do was paint.

An aspiring painter, Peter scratches out a pauper’s living in San Francisco, wanting nothing more than to be left alone. Instead, he finds himself getting involved with not one but two very different men.

Like Peter, getting involved with another man is the last thing on Nick Katsaris’s mind. Smart, handsome, and good-humored, Nick’s done more than just survive — he’s positively thriving in San rancisco. But when he meets Peter, what begins as fun and games quickly turns into a game he can’t control.

Miles Bettencourt’s days are filled with longing. For him, San Francisco is haunted by Stuart, his missing ex-lover. Desperate to win him back, Miles wanders the streets in the hope of running into Stuart again. Instead, he runs into Peter — the one man who might hold the key to what Miles is looking for.

These three gay men soon form one very unlikely love triangle. Sometimes, when people break apart and then come together, they learn that discovering that where you are is the key to knowing who you are.

Click on one of the links to hear me read a brief passage from the introductory chapters of each of the main characters:

“Peter Bankston stood on a stepladder at the chalkboard behind the cash registers, trying to draw an elf.”

“Miles left the bar, checked his watch, and went to a second bar, a third, a fourth, a fifth, hating himself for wandering around drunk but still wandering, thinking if only he could see Stuart, take back what he’d said, then maybe he could get on with his life again.”

“With his athletic build, curly black hair, large brown eyes, and long eyelashes, Nick surveyed the crowd with the lazy confidence of someone long used to being one of the best-looking guys in the room.”

“As a gay male myself, I found myself wondering if I was responding to Chris Delyani’s You Are Here for that reason alone, and as I read, I kept trying to imagine a straight reader’s response to the book. Happily, I became convinced that any reader, gay or straight, would find Delyani’s book compelling and entertaining and moving. I very much dislike the categorization of “gay fiction,” since I think that having a gay section in bookstores merely keeps straight readers out, and straight readers would be missing out on a lovely experience by not reading You Are Here. Delyani’s prose is simple and elegant, his characterizations are sharp and finely drawn, and the plot is steadily paced and effective. What’s more is that I don’t think he emphasizes his characters’ differences from straight people’s — instead, he strives to show that love is love, period. In this way, he reminds me something of David Leavitt’s early work, which also depicts gay men as not being wild or freaky characters, but just like everyone else.”

2 Responses to You Are Here