The Road To Ushuaia 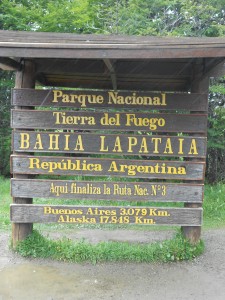 Tierra del Fuego is the terminus of a highway whose other terminus is located in Alaska. Depending on your perspective, the road ends — or begins — here.

Thanks to the rearranged travel schedule, the ship slid into the dock at Ushuaia – the most southernmost city in the world — several hours earlier than planned.  This gave us plenty of time to explore the town as well as take a too-brief land tour of Tierra Del Fuego National Park, followed by a frigid but thrilling ride down the Beagle Channel, so named for the ship that brought Charles Darwin to that part of the world.

Our first stop that morning was Tierra Del Fuego.  I felt as if we had barely time to take in the size, the beauty, the icy tranquility of the place before we had to pick ourselves up and head for the bus to leave.  (Just like the penguins.) Then again, I probably couldn’t have lasted much longer than I already did:  the air felt like a continuous dousing of icewater.

As for the boat ride, the strong winds and near-freezing temperatures proved both a blessing and a curse.  On the positive side, the cold sent most of our fellow travelers inside, leaving the outside decks, which were just a few feet above the water’s surface, wide open for me and Dan to take pictures.  On the negative side, standing out in the cold for a two-hour boat ride was no doubt the cause of the cold both of us caught just a few days later – a cold that stayed with us even after we got back home.  Looking at the pictures now, I say it was worth it. 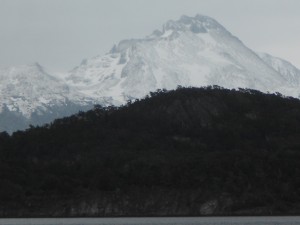 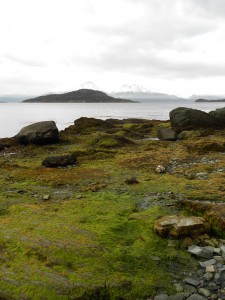 Tierra del Fuego. The green seemed greener amid all the white. 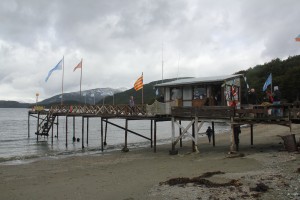 Post office at Tierra del Fuego, from which you could mail a postcard from the bottom of the world. 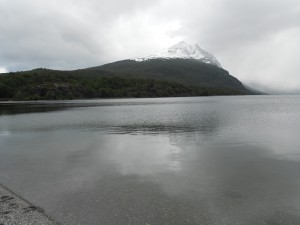 Lake and mountain at Tierra del Fuego. The place where I took this and the following picture struck me with its profound stillness. 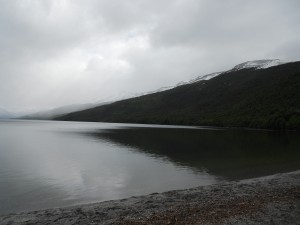 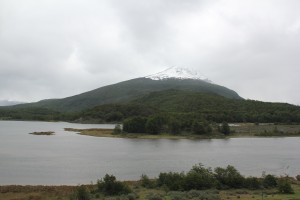 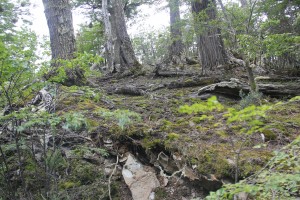 Even the trees there seemed to hold their own secrets. 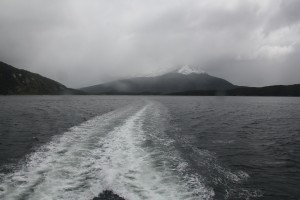 Leaving the park behind as we pushed into the Beagle Channel. 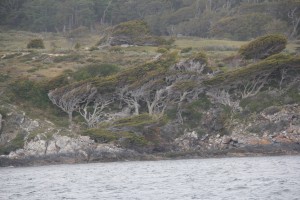 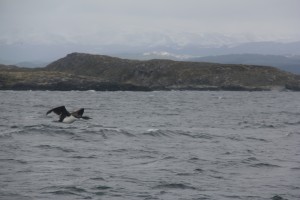 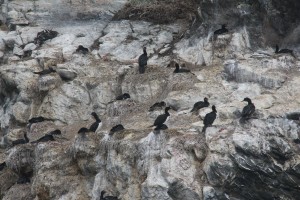 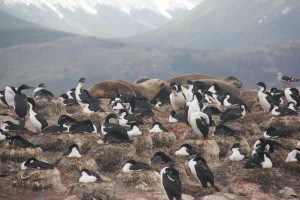 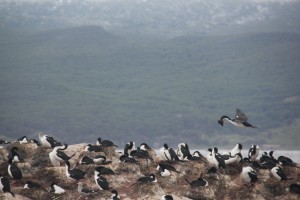 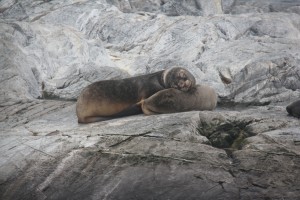 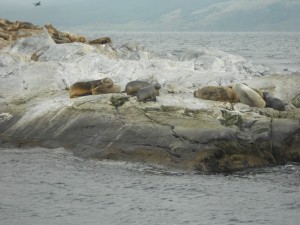 The sea lion looking straight at the camera would not stop making noise — a piercing, plaintive cry. 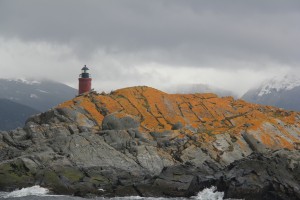 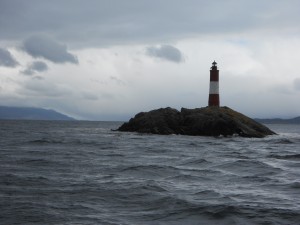 Leaving the lighthouse; heading back to Ushuaia. 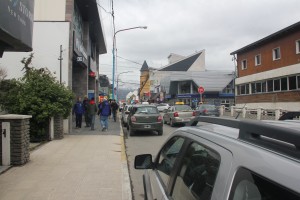 Back on dry land (Ushuaia). 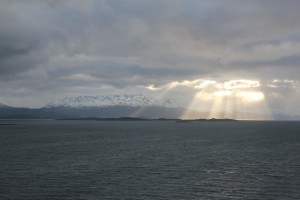 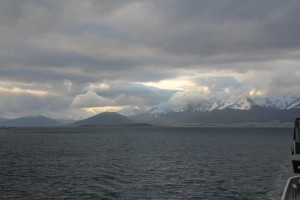